Why fake meat won’t save the planet 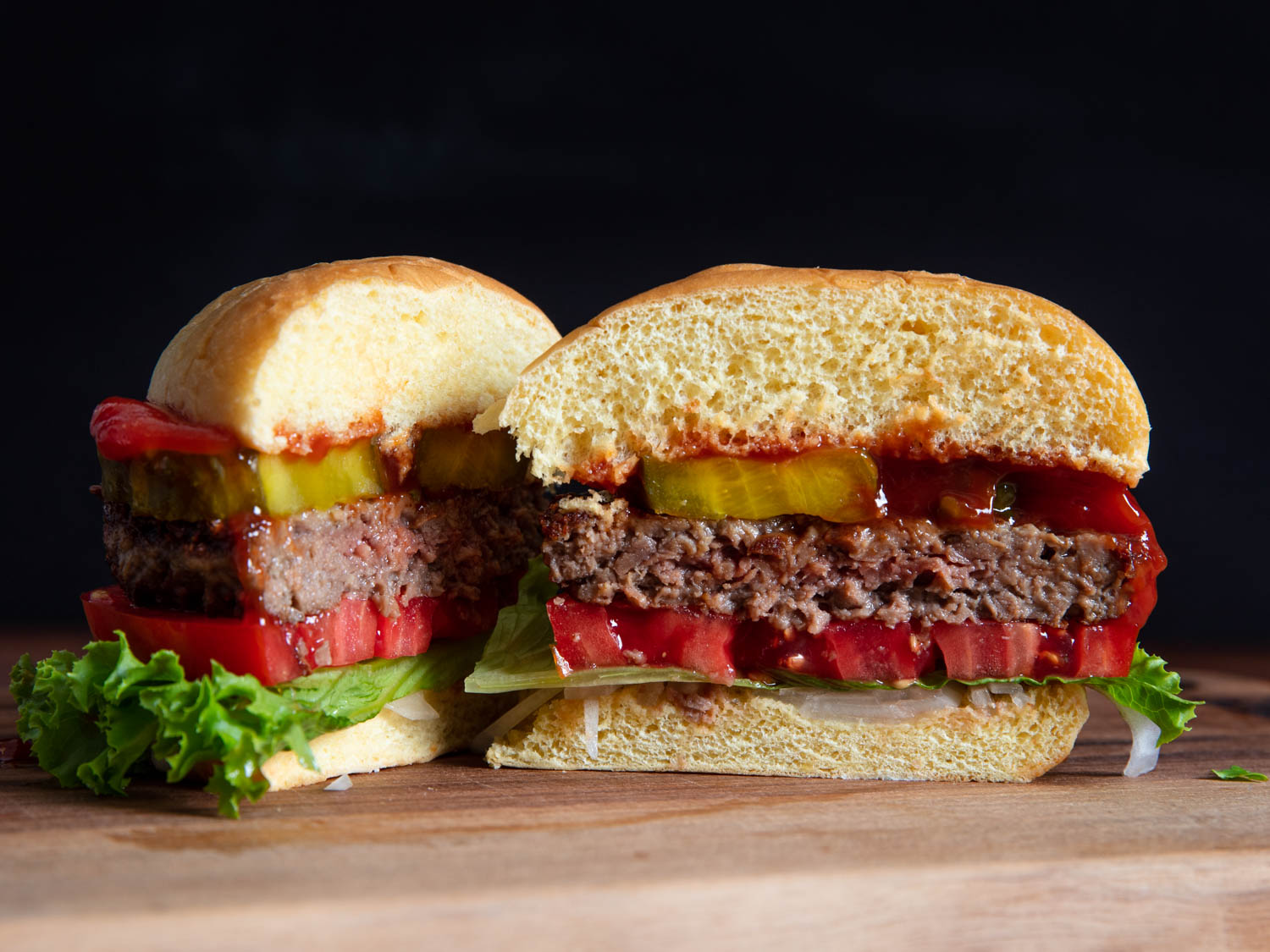 won’t save the planet

Ecological studies focus on several kinds of relationships between an organism and its environment. The first thing we need to know about any newly discovered creature or organism is how it procreates and what it eats. These are the driving forces of evolution: they dictate physical form, function and, most of all, behaviour.

Creating a commensal relationship with the planet should be a primary goal for humanity. Our wellbeing is interdependent with the wellbeing of the planet, which is also key to a comprehensive vision of human nutrition. The natural world makes human life possible, yet our current relationship with the planet is almost entirely parasitic. The famous British naturalist Sir David Attenborough referred to humanity as “a plague on the planet”, while chemist and co-creator of the Gaia Theory, James Lovelock, said that humans are “too stupid to prevent climate change”.

What does our casual disregard for the environment say about us? We like to imagine that our relationship with nature is a kind of benign mutualism, one where we take from nature in exchange for nature having the pleasure of our company. The conundrum we face is that our whole economy is based on endless consumption; we are literally eating up the environment. As economist EF Schumacher said: “Infinite growth of material consumption in a finite world is an impossibility”.

Protein provides a good example of a human obsession creating an environmental problem. Obtaining adequate protein from our food is easy. A diet with a variety of grains, beans, vegetables, nuts and seeds provides more than sufficient protein for health and vitality. Asians (who eat less meat than Westerners) have produced concentrated, vegan, protein-rich foods for centuries—miso, soya sauce, tempeh, seitan and tofu. All plants contain protein but, for many, old meat-eating habits die hard. 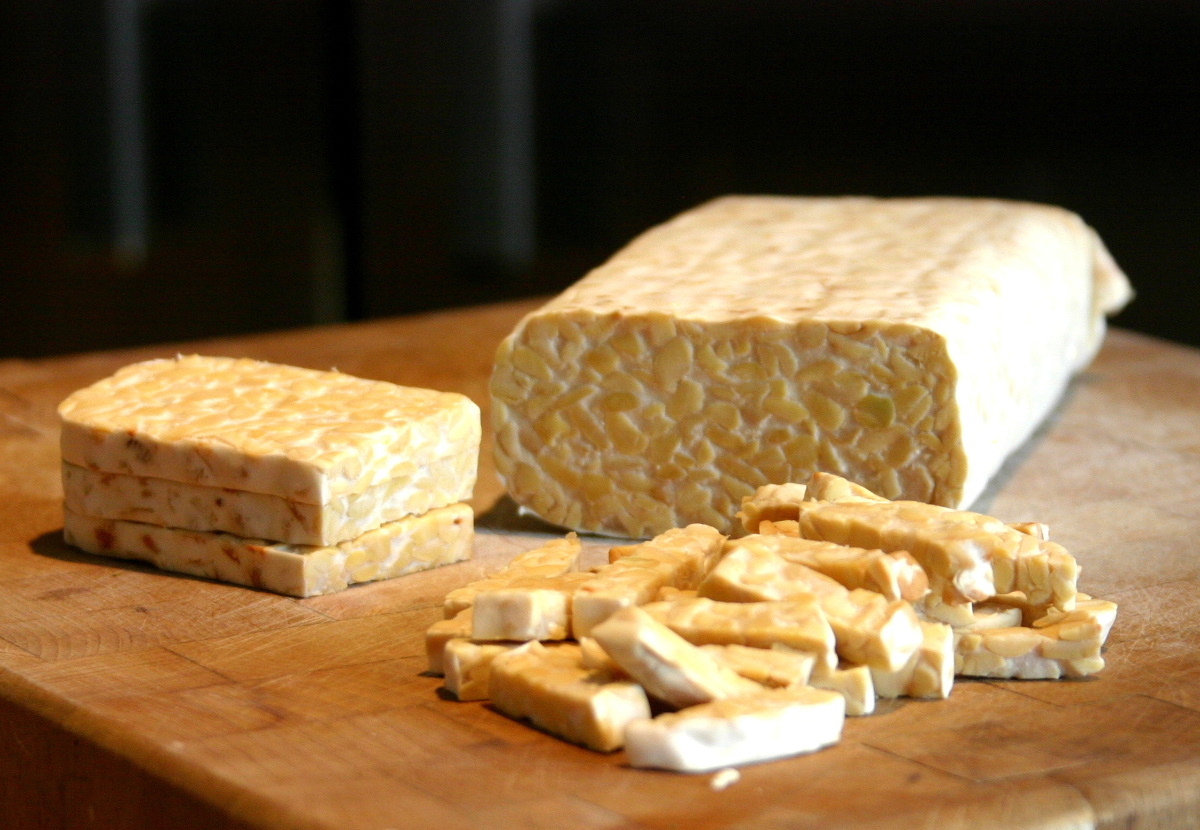 Do we need Fake Meat?

Increasing numbers of people understand that meat does not represent a good food choice. Some avoid meat for ethical reasons (abuse and killing of animals), some because of the environmental impact, and some due to health concerns. Changing to a vegan diet affects social and personal habits. What if you understand all that but simply like the taste of meat, the texture of meat? What if you just feel something ‘meaty’ is required to make a satisfying meal? Don’t worry, say our food scientists, a solution is at hand. Food science is on the way to your door with fake ‘meaty stuff’.

Yes, we can make and sell soya-based hot dogs, lunch meats, imitation steaks and pies and burgers. They can taste like beef, chicken or pork. While these products are perhaps culturally fun, they do not address the issue of good nutrition. Soya is difficult to digest, that is why the people of Asia ferment it. We have to use additives, excessive salt, and extensive processing to create the ‘meaty’ taste that mimics flesh and blood. And all because we love to indulge our senses.

Bill Gates has recently backed a company called Beyond Meat. The young entrepreneur who started the company is busy producing all sorts of fake meat in his factory. He outlined his idea in an interview with Business Insider magazine.

“Meat is well understood in terms of its core parts, as well as its architecture. Meat is basically five things: amino acids, lipids and water, plus some trace minerals and trace carbohydrates. These are all things that are abundant in non-animal sources and in plants.”

This is what happens when we view food as a ‘chemical delivery system’. Beyond Meat has manufactured artificial chicken and beef in its facilities in Southern California. Ethan Brown, the brains behind the company, has attracted investment from other big shareholders. In addition to Gates and the cofounder of Twitter, the ex-CEO of McDonalds is in the game as an advisor.

Unfortunately, many think that fake meat is the best thing since sliced bread (and we know how that worked out). Fake meat is being marketed as a solution to the ‘meat problem’. But we don’t have a meat problem, we have a human problem.

According to Food Research International, manufactured faux meat uses as much energy to produce as real meat products. Given his enthusiastic support of Monsanto’s GMOs as the way to feed the world, Bill Gates has taken mistaken paths to address environmental concerns in the past. The simple fact is that many want to see things change without changing anything.

Fake meat is highly processed, manufactured food. It usually includes canola oil (which is always chemically processed), soya protein isolate (a commercial waste product that populates many vegan and vegetarian foods) and several common additives. It is not a solution to creating a healthy diet. There will be more sophisticated fake meats, some grown in vats like artificial cows that will continue to support the mind-set that we need meat. More importantly, they give the selection and preparation of our food back to the very same type of industries that created the problem in the first place.

We have already seen what happens when a good and perhaps ethical idea is bought up by a big corporation. Companies such as Amazon, Coca-Cola, Pepsi, Campbells, Kellogg’s and General Mills have already bought out several major ‘natural food brands’. In many cases the product formulations are then changed, GMO products introduced and general quality of the products decline.

But we have a choice. As consumers we can control our food quality: the route is to purchase natural, whole plant foods and establish a healthy home kitchen where we can create our own healthy meals containing a good balance of nutrients. 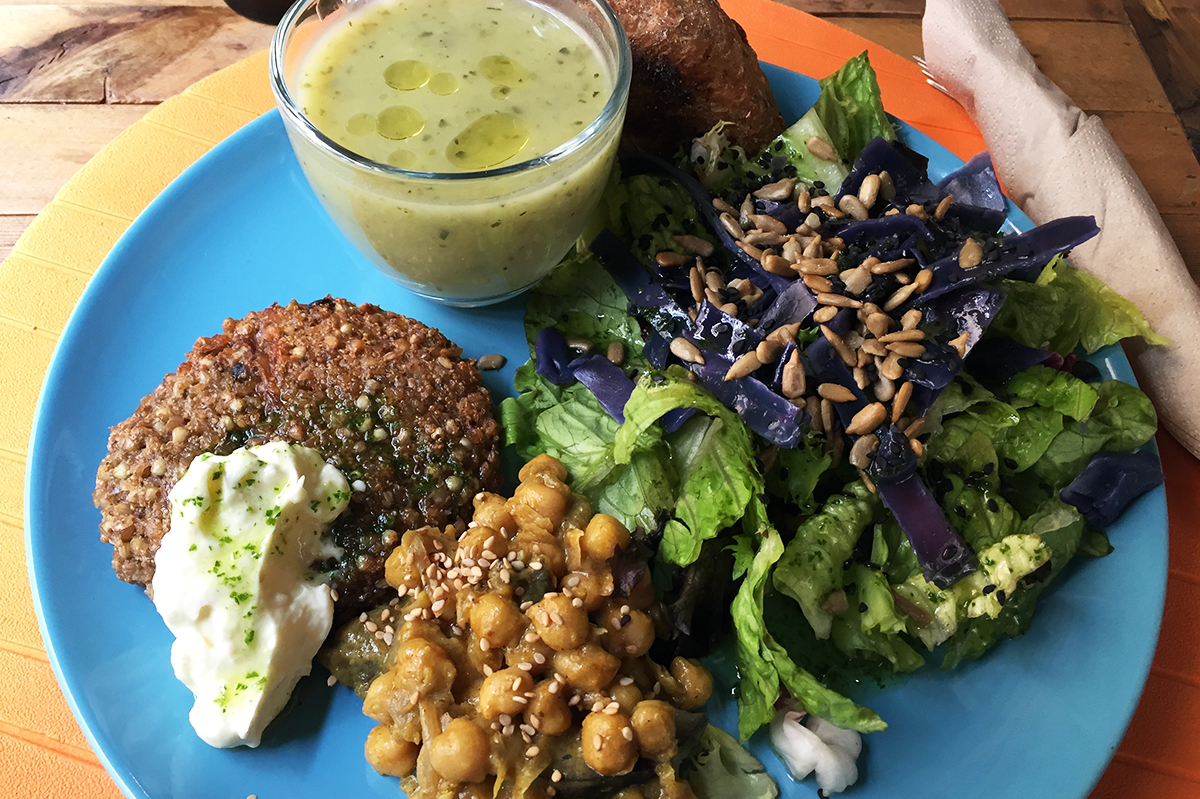