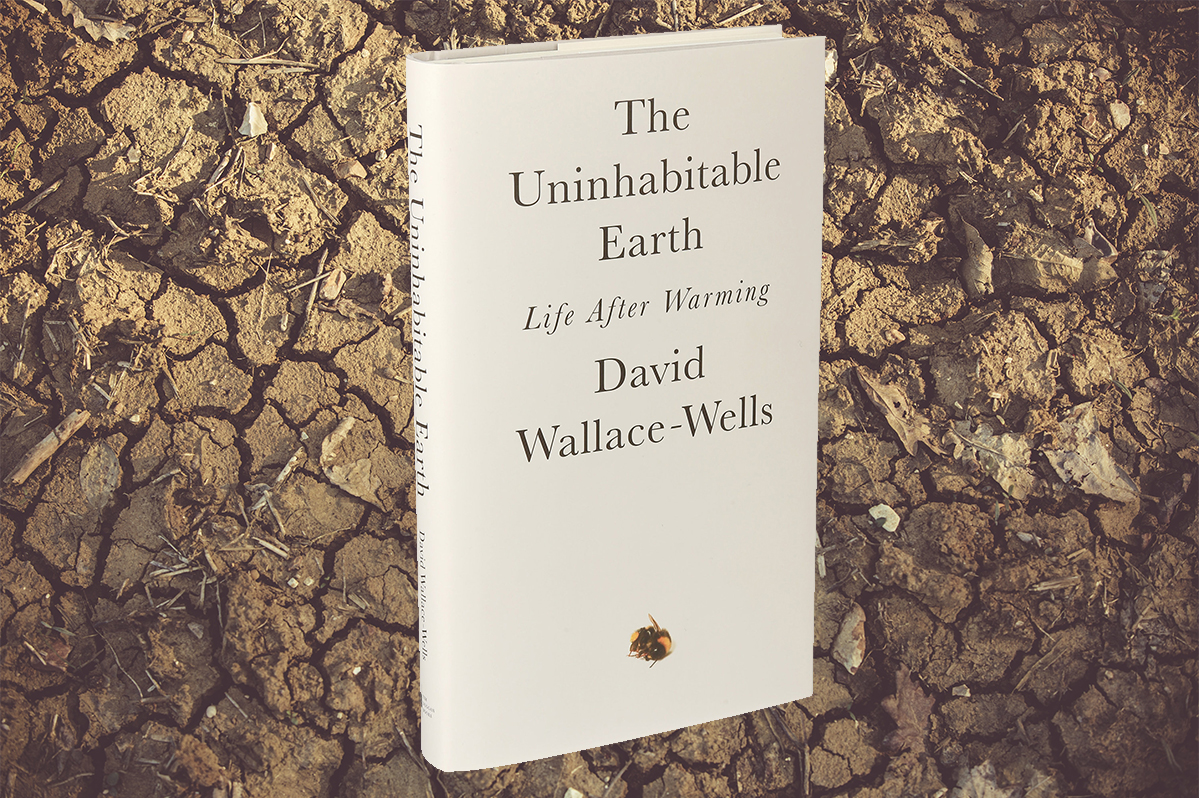 The title of this book is honest and accurate!

David Wallace-Wells’ research and bibliography is extensive, a superb resource in itself. He writes the truth. The facts on each page horrify – and take time to digest. Because, however much we thought we knew, most current education, corporations and media who teach, supply and surround us, have chosen thus far, not to change the (industrial) economic system that encourages the ravages of the body of planet Earth and its inhabitants.

I find this information about my (exquisite) world and my life – physical, philosophical, spiritual — 100% motivating. Giving fact to my intuition and credence to the big picture that is, for me, Macrobiotics. Our very humanity, brilliance, resilience, ingenuity and co-operation could/would adapt and change radically to re-establish a healthy respectful way of life, just as fast as we were changed into money grabbing consumers, as well as mere bits of data.

Johann Hari:
“Everyone should stop what they are doing and read The Uninhabitable Earth. This is our future if we don’t act now”

Page 79
The summer of 2017, in the Northern Hemisphere, brought unprecedented extreme weather: three major hurricanes arising in quick succession in the Atlantic: the epic “500,000-year” rainfall of Hurricane Harvey, dropping on Houston a million gallons of water for nearly every single person in the entire state of Texas: the wildfires of California, 9,000 of them burning through more than a million acres, and those in icy Greenland, ten times bigger than those in 2014, the floods of South Asia, clearing 45 million from their homes……Hurricane Florence inflicting $17 billion worth of damage     …….Montana, where temperatures topped 100. In 1850, the area had 150 glaciers; today, all but 26 are melted.

Page 87
Seventy-one percent of the planet is covered in water. Barely more than 2% of that water is fresh, and only 1% is accessible, with the rest trapped mostly in glaciers…only 00.007 percent of the planet’s water is available to feed its seven billion people. …an abundant resource made scarce through government neglect and indifference, bad infrastructure and contamination, careless urbanization and development. Some cities lose more water to leaks than they deliver to homes…

The glaciers of the Himalayas will lose 40% of their ice by 2100….widespread shortages in Peru and California….drain underground water deposits known as acquifers, that took millions of years to accumulate…wells that used to draw water at 500 feet…..in part of the Texas Panhandle lost 15 feet in a decade…

Page 88
In the last 100 years, many of the planet’s largest lakes have begun drying up…..Bolivia’s second biggest has completely disappeared.

Page 89
Sitting in a living room in a modern apartment in an advanced metropolis somewhere in the developed world, this threat may seem hard to credit – so many cities looking nowadays like fantasies of endless and on-demand abundance for the world’s wealthy…casual expectation of never-ending drinking water is perhaps the most delusional. It takes quite a lot to bring that water to your sink, your shower, and your toilet.

Page 92
…climate change has been sold under a saltwater banner – melting Artic, rising seas, shrinking coastlines. A freshwater crisis is more alarming since we depend on it more acutely. But while the planet commands the necessary resources today to provide water water for drinking and sanitation to all the world’s people, there is not the necessary political will – or even the inclination – to do so.

Page 101
With CO2 at 930 parts per million (more than double where we are today), cognitive ability declines by 21 percent. The effects are more pronounced indoors…… classrooms are the worst offenders…even higher concentrations on airplanes…….  Already more than 10,000 people die from air pollution daily…..droughts have a direct impact on air quality….leaded gasoline and lead paint, which seem to have dramatically increased intellectual disability.

Page 105
…one researcher found 225 pieces of plastic in the stomach of a single three-month-old chick, weighing 10 percent of its body mass.

Page 172
The Church of Technology

…writer Ted Chiang, considers who pursues their goals with monomaniacal focus, oblivious to the possibility of negative consequences? Who adopts a scorched-earth approach to increasing market share? …..But when Silicon Valley tries to imagine superintelligence, what it comes up with is no-holds-barred capitalism.