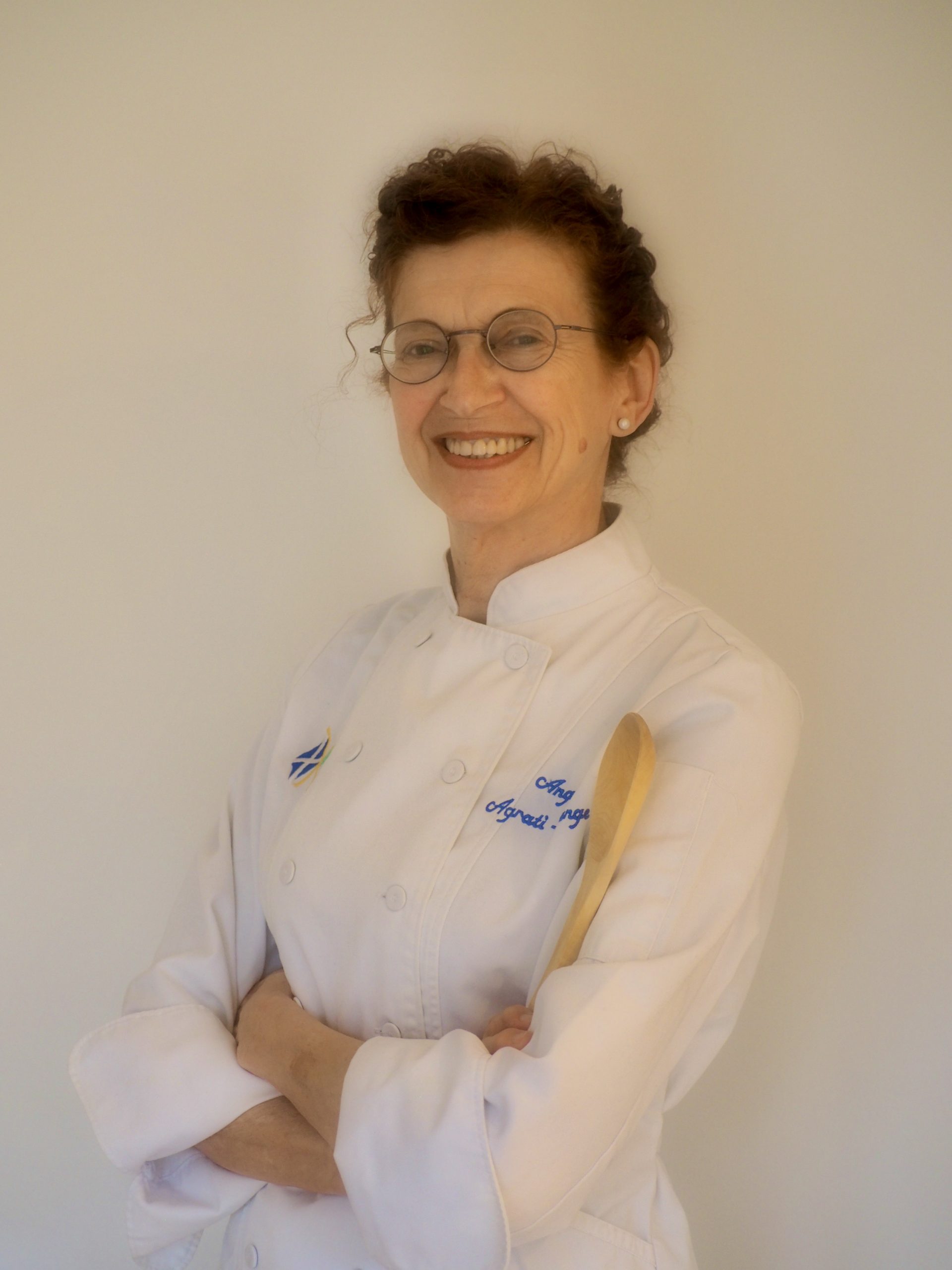 Angela Agrati-Prange just 20 years old and still a student, opened her first restaurant along with some young friends. It is at this time she discovers, develops and cultivates her passion for food as a great way towards health, as well as a feast for the eyes and the palate.

During this time Angela was introduced to macrobiotics which resulted in her travelling to the U.S.A California to learn at the “Vega Study Centre” where she graduated as a wholefood macrobiotic chef specialising in curative cooking with her great Japanese teachers Herman and Cornelia Aihara and others. After 2 years of learning experience she came back to Europe and for the next 35 years shares and enriches her knowledge and talent in vegetarian macrobiotic restaurants, in the macrobiotic centre of Berlin, as head macrobiotic chef and culinary trainer at “SHA Wellness Clinic” in Spain and as a private chef for international celebrities.

She trained and formed many young chefs who were inspired from her creativity and her technique.

In recent years she has been the culinary consultor and inspirational drive of “Happy Me kitchen”  in Gothenburg Sweden, “Lu-Ma Café” in Wimbledon, London, and the “Green Shelters” in Paris. She has cooked, organized and delegated as executive head chef at the “One World Summer Festival”  for 17 consecutive years.

Her extensive knowledge on the subject, her enthusiasm and her professionalism has always generated fervor and passion for good food diners and participants of her cooking classes. She has written her cookbook, “Cooking with Angela, delicious macrobiotic and vegan recipes for everyday cooking”, published in Russian and English.